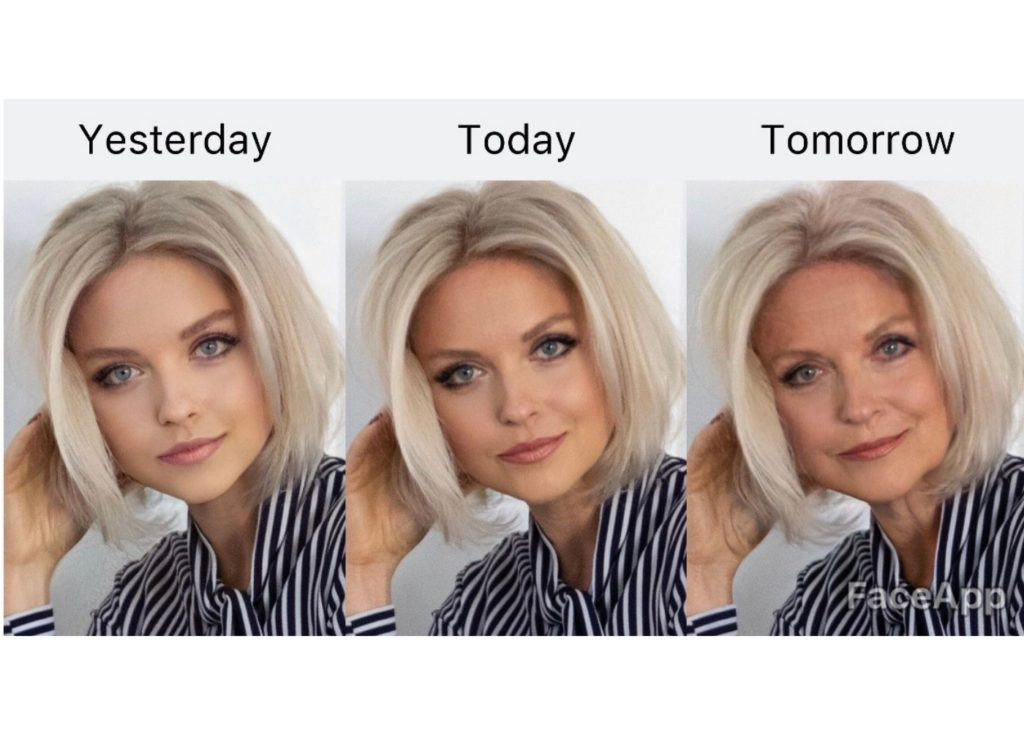 FaceApp to the New Age

I’m eternally fascinated by the content that “goes viral”, that which enjoys the speed of the social adoption curve.

The latest craze to hit the social media scene is FaceApp. Over the last 24 hours, it has started to dominate traditional media headlines in a majorly controversial way, as privacy advocates warn consumers to be concerned about what developer Wireless Labs is doing with users’ data.

FaceApp is a photo editing app which uses neural network technology aka Artificial Intelligence to instantly transform your face in photographs: change your look, change your smile, look older, look younger and even swap gender.

The app is free for those who want to access the basic features. The PRO version of the app costs $29.95 and upon downloading the app, you are welcomed with a free 3-day trial of it. Note you don’t have to agree to the trial to go on using the base level app. Nor do you have to agree for the app to gain access to your entire camera roll.

After seeing it dominate my social media feed its marketing impact moved from my subliminal to my conscious, curiosity kicked in, and late at night, as one of 150 million users, I found myself momentarily caught up in changing my smile, my hair colour and my age. [PS. Red hair does NOT suit me].

I’ll refrain commenting about the trust and privacy issues raised by the use of social media and an app such as FaceApp. There’s enough of that available elsewhere.

Instead, I thought it important to “FaceApp” to some legal transformation facts.

On 27 June, the Association of Corporate Counsel released its Legal Benchmarking Report. When it comes to technology, the data confirms that the legal profession still remains more old than new. For example, employing technology to streamline processes and reduce time spent on low-value work in a legal department was rated as moderately important for the performance of a legal department. Legal departments rate reducing outside counsel spend as the top priority. Yet, 22% rated the employment of technology as low priority.

All of this fires up my neural network pathways. I know I’m not entirely alone in saying that I am waiting for the day that the transformation of the legal profession “goes viral”. Imagine if there were an internal button called “change your legal style” that we as lawyers could push, or one called “change your outlook”, to instantly transform the way we deliver our legal services.

The Chinese word for change has two characters – one meaning danger and one meaning opportunity.

The first step towards change is self-awareness: more than half [just, at 57.1%] of legal departments in Australia agree that embracing technology is an area for improvement.

In the spirit of “living dangerously”, and with 2020 just around the corner, it seems more and more critical to become new age; to change the face of the legal profession.

I’m on a mission to inspire others to “do law” differently, with a progressive and innovative mindset. Learn more about unlocking your legal innovation potential and all things transformation in my eBook Legally Innovative, a copy of which you can access here.